“I really feel that we’re not giving children enough credit for distinguishing what’s right and what’s wrong. I, for one, devoured fairy tales as a little girl. I certainly didn’t believe that kissing frogs would lead me to a prince, or that eating a mysterious apple would poison me, or that with the magical ‘Bibbity-Bobbity-Boo’ I would get a beautiful dress and a pumpkin carriage.”

A few years ago I ranked all of the Radiohead albums, even at the time it was an unsatisfactory ranking, but since then another album has come out and I’ve spent a lot more time with the albums in general so I felt like it was time to rerank them. This year I plan on not cheating by combining Kid A and Amnesiac and just for the sake of completion I’ll include Pablo Honey. What follows the ranking isn’t a review, but more of a fan’s appreciation.

A perfectly respectable debut that is of interest only in seeing the later style in immature form. The one exception is Creep, which was the song that first brought Radiohead to my attention and still has some cultural cache as demonstrated in the cover by the Vega Choir for The Social Network.

7. The King of Limbs

Still fresh in my ears is their most recent effort. It hasn’t had the chance to stretch out yet so this album is at an unfair advantage against the history of hearings that the above albums have, but here is where it fits in my evaluations currently. I would like to believe the theory that The King of Limbs is part one of a two part sequence, but even taken alone it is clear that Radiohead is transforming the idea of an album in a downloadable age. But at only thirty seven minutes in eight songs it’s slight, especially when you take out the weaker contributions of Feral and Mr. Magpie. I look forward to future deep listenings, but I don’t see it climbing any higher. Favorite tracks : Little by Little, Codex, and Lotus Flower.

The Bends was the first cd I bought myself…alright, fine, second album, but should Garbage’s self titled album really count? When High&Dry hit the airwaves I earmarked their name for future purchase. Once Fake Plastic Trees dropped I proclaimed them my favorite band (up there with Remy Zero, who opened for Radiohead on The Bends tour). After Radiohead I instituted the Three Song Rule, which was if I like three songs from a band I will buy an album, Creep, High & Dry, and Fake Plastic Trees sparked the first purchase under the Three Song Rule. Favorite tracks: Fake Plastic Trees, High & Dry, Just. 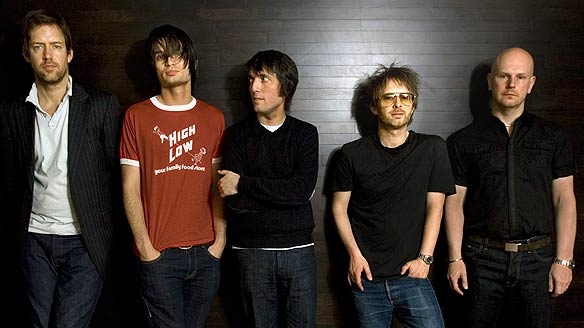 I never gave Amnesiac much of a fair shake. Kid A owned my life well past Amnesiac’s released date. I liked You and Whose Army and Spinning Plates immediately, but I’ve never gotten into Pyramid Song. Amnesiac’s Morning Bell is the better version, but overall I treated the album as the b-sides to Kid A, much like the Airbag/How Am I Driving EP that was released after OK Computer. I’ve listened to it regularly, but it wasn’t until In Rainbows came out that I started listening to it in order to rank the albums. Immediately I realized how much I loved the album. It starts out a little lethargic with Packt Like Sardines and Pyramid Song and then becomes abrasive at Pulk/Pull Revolving Doors. I found it off-putting initially. It took me awhile before I got the opening. You and Whose Army goes up as one of the funniest songs in their catalogue and has always been a favorite, but in the context of the album it’s still pretty low key. It isn’t really until I Might Be Wrong that the album comes alive. Favorite tracks: You and Whose Army, Spinning Plates, and Life in a Glass house.

Radiohead’s seventh album was released with such hype that it was impossible not to get swept up in it. This album unfolded relatively easily for me and Reckoner immediately jumped into my top 10 favorite Radiohead songs. It’s a great album top to bottom, even the pallet cleansers are interesting (House of Cards, Jigsaw Falling Into Place, Faust Harp). Rigorously plotted, perhaps the greatest song progression of their career, In Rainbows is flawlessly structured and ends on a perfect note. It has slowly moved up my rankings each year. Dont’ forget Scotch Mist the video Radiohead made featuring every song from In Rainbows. Under the innovative Pay What You Want model, I paid seven dollars, which was under the average apparently. So I’m a cheapo. Favorite tracks: Reckoner, Nude, and Weird Fishes/Arpeggi.

Kid A was the first album I anticipated. OK Computer just showed up at the store, but the day Kid A came out I stood at the door of the music store waiting for it to open so that I could buy it. My roommate and I each bought a copy and disappeared into our rooms. An hour later we emerged with bewilder looks and frightened thumbs up. The bobulation of Everything in Its Right Place, the alien chimes of Kid A, the ominous droning of The National Anthem before it collapses in tortured horns, it was unlike anything I’ve ever heard. In fact, I skipped the NA for the first three months solid until I got the humor of those agonized horns. Since then I’ve read that Thom giggles every time he hears them. Treefingers is certainly one of the slightest palate cleansers in the canon, and Morning Bell isn’t interesting until it’s remade for Amnesiac, but Idioteque and Motion Picture Soundtrack are perfect. Kid A is a tightly made package that even with its two tiny flaws continues to command my attention. Favorite Tracks: Idioteque, Optimistic, How  to Disappear Completely. 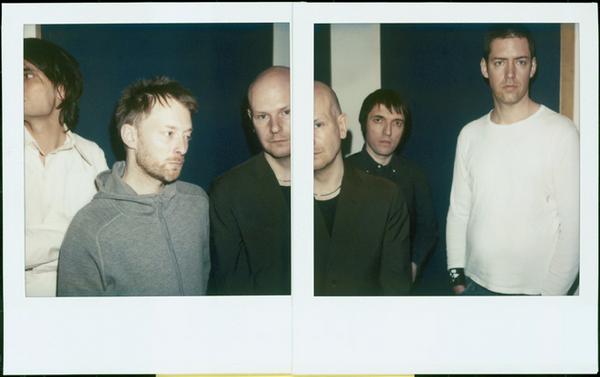 Each time I return to evaluate Radiohead’s work I think that OK Computer will drop. Then I pull it out and it blows me away again. OK Computer defines an era; it remains one of the few true concept albums that is organic, yet sprawlingly unified. Let Down is not only my favorite Radiohead song, it is one of my favorite songs of all time. The remarkable thing is how adaptable it is to any emotional state; sad, happy, angry, or undetermined it always speaks to me. In the six years from its debut to the release of Hail to the Thief, I listened to OK Computer more than each of the other Radiohead albums combined. Over the years, songs that I liked or disliked became songs I loved and liked and loved. At one point the only song I didn’t care for was Electioneering, but that changed once the Cold War Kids version of the song helped me understand it better. I’ve been trying for several years to individually rank each Radiohead song, but the difficulty for this album (as well as HttT) is that they fit together so seamlessly that to strip it from the album causes it to lose some of its power. My only regret is that I can’t buy this album every week of the year. Favorite tracks: Let Down, Karma Police, No Surprises.

1. Hail to the Thief

Hail to the Thief was well received by critics, but begrudgingly praised. They generally seemed peeved by its length and its lack of simplicity. Even the band has acted cool toward the album. In my opinion Hail To The Thief is the climax of everything Radiohead accomplished in their previous albums. Nigel Godrich, their longtime producer, convinced bandmembers to record in L.A. in two weeks, which was the quickest recording session ever for the band. There was no belaboring of the songs, no overproduction, no endless tinkering. Relying on instinct and the skill acquired over their careers they channeled it into an epic, unkempt masterpiece. It is because of it sprawling, disparate threads that it is great. With all of their other albums I’ve needed some downtime after listening to them heavily, with Hail being the only exception. I’ve played it for weeks on end and return to it frequently. Every playlist I make, every trip I go on, features HttT. There is not a single flaw on the entire album and it’s as catchy as all hell. I could rhapsodize  for longer… Favorite Tracks: There, There, Wolf at the Door, Sail to the Moon.

“Past the flannel plains and blacktop graphs and skylines of canted rust, and past the tobacco-​brown river overhung with weeping trees and coins of sunlight through them on the water downriver, to the place beyond the windbreak, where untilled fields simmer shrilly in the a.m. heat: shattercane, lamb’s‑quarter, cutgrass, sawbrier, nutgrass, jimsonweed, wild mint, dandelion, foxtail, muscadine, spinecabbage, goldenrod, creeping charlie, butter-​print, nightshade, ragweed, wild oat, vetch, butcher grass, invaginate volunteer beans, all heads gently nodding in a morning breeze like a mother’s soft hand on your cheek.”

“Anyone can be passionate, but it takes real lovers to be silly.”

Andrew Niccol, whose Gattaca is the most prescient science fiction film ever, just missed the mark on this Hollywood farce. Rich in subtle humor, but too stingy with heart, S1M0NE skewers the popstar culture, anticipating the ginned up frenzy of TMZ.